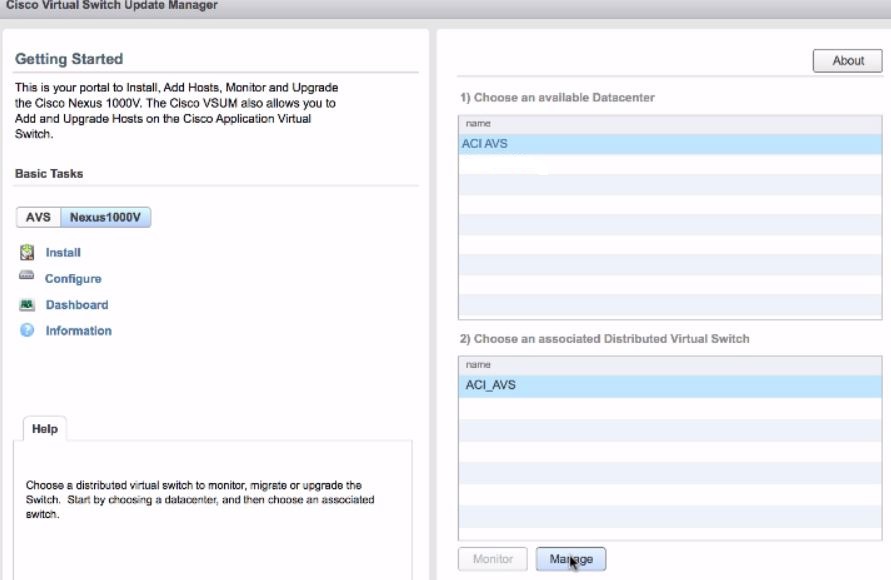 This article takes a closer look at the Cisco Application Virtual Switch.

In my last article I talked about VMM integration with VMware vSphere and Cisco Application Centric Infrastructure. I only covered using the traditional vSphere Distributed Switch, but there is another option: the Cisco AVS (Application Virtual Switch). For those familiar with the Nexus 1000v, it’s not totally dissimilar, but it is a customized version of it and has a different installation procedure than what the N1KV had in the past.

What does the AVS do for you?

The AVS allows you to have a virtual leaf essentially. Rather than using a physical leaf which would have a Tunnel End Point (TEP) address on it, you have a vSphere cluster and install Cisco AVS to create a VTEP on each VMware host. This is basically done via the installation of VIBs on the physical hosts. So, now we have the ability to do VXLAN tunneling with our vSphere infrastructure. Of course, we had that ability with the traditional VDS, but only over one hop. This mean the ESXi host would need to be attached directly to either a physical leaf in our ACI fabric, or an FEX (Fabric Extender) that connects to a leaf as the FEX doesn’t count as a hop.