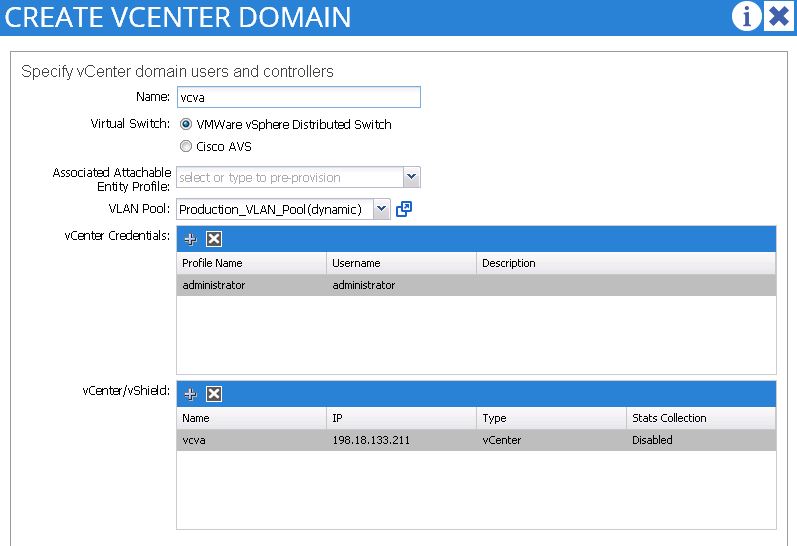 In this article the author looks at connecting to a virtual machine management system.

In the previous article I wrote on Cisco ACI I referenced the Quickstart guide found in the APIC under System>>Quickstart. I wrote about the second step, configuring user accounts. I also wrote an article about creating basic network constructs, such as tenants and bridge domains. In this article I’m going to continue on with the third step in the Quick Start guide which is “Connect to a virtual machine (VM) management system.” This article will solely concentrate on VMware for the most part as that is what’s available with the GA version of ACI as of the writing of this article. Hyper-V integration will be available soon. We’ll also be using the VMware vCenter to do most of this configuration. As of now, ACI is only compatible with versions of vSphere 5.1 and 5.5, and likely vSphere 6 when that is released. As a side note, the APIC can also use vShield to integrate with ACI, but we’ll be talking about that in a future article.